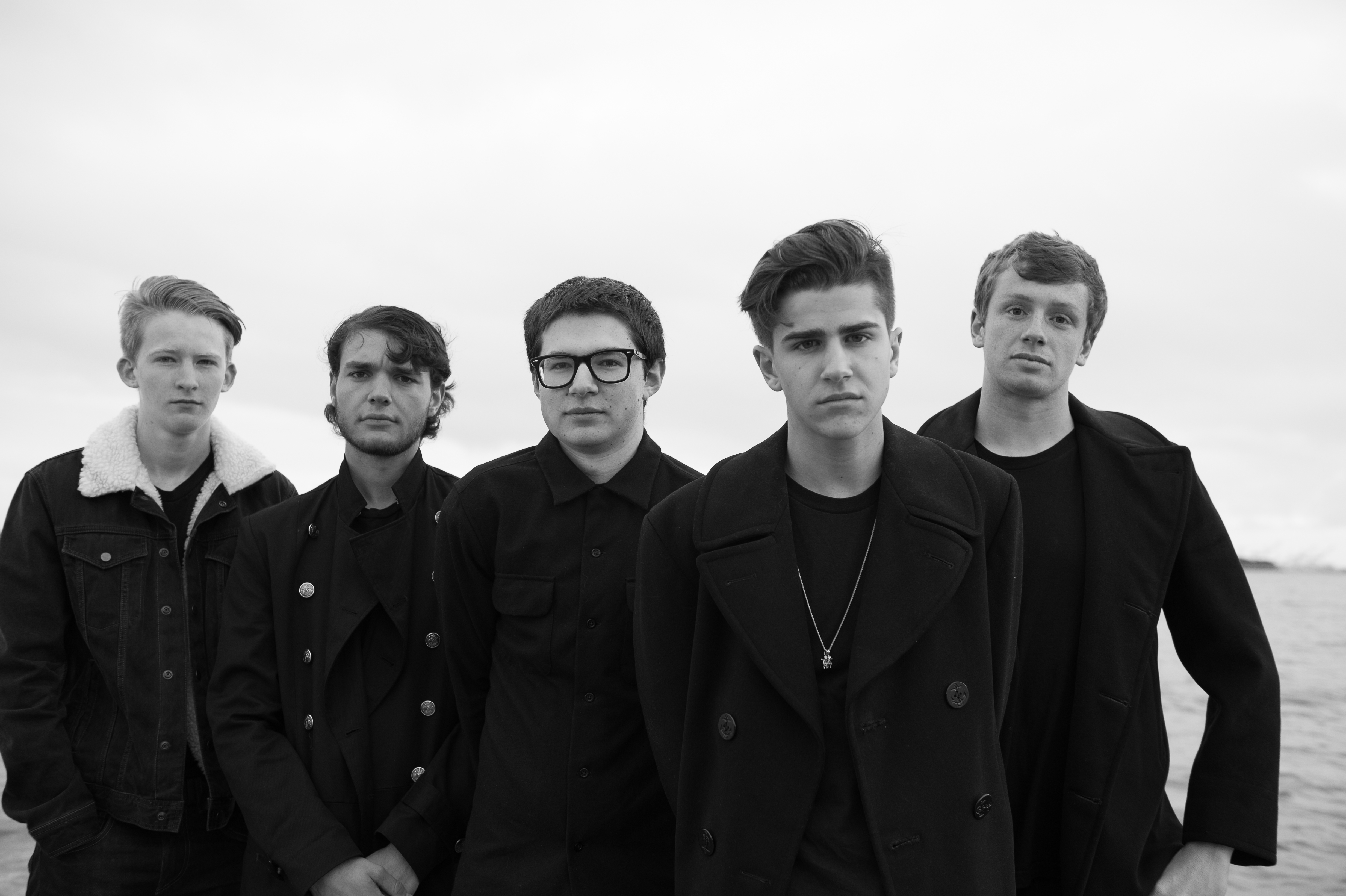 The Blondies are young and that's not a bad thing. Instead of side bangs and juvenile not-so-sly references for one night joy rides, The Blondies' principal songwriter eighteen year old Simon Lunche has spent a lot of time analyzing (and idolizing) his Beatles records and listening (really listening) to the women in his life. The Berkeley and Oakland California quintet’s fifth album, Just Another Evening, is nuanced modern pop with matured vulnerability, clever turns of phrases, sharp hooks, and well-placed erudite references.

Just Another Evening is a break up record that carries on the youthful tradition of prep rock bands like The Kooks and The Strokes. Despite this influence and borrowing though, Lunche brings an articulate and sophisticated voice to some of the more delicate, fragile and often taboo topics of young love as only a band so young could. In 2011, they earned the distinction of being named Gibson Guitar’s youngest endorsed artists in its 114-year history.

In addition to Lunche, The Blondies include Frank Klopotowski, bass, Jerry Feist, keyboard, and Isaac Roth, guitar. For drums, The Blondies feature Paul Davis in the studio, and Elias Williams for live performances. “This is the first album where we had complete creative control. We spent a lot of time writing, and tailoring the instrumentation to the emotionality of each song,” Lunche explains. “Just Another Evening is self-produced. The group was able to explore details like snare drum tones, a varied palette of textures, and making sure each song had a distinct sonic fingerprint with sympathetic orchestration.”

Although The Blondies have penned some sweetly sincere love songs for this record, Lunche is not apprehensive to explore darker themes and comment on the zeitgeist. The music video for The Blondies’ title track addresses the very serious topic of sexual assault and gender-based violence. The Blondies hope that their video will raise awareness for these issues. “Just Another Evening is a critique on the culture surrounding many young people today.” Says Lunche. “For me, the song came a lot out of fear. The anxiety I have as a teenager in a rape culture that something like that would happen to someone close to me”

As a new high school graduate, Lunche is looking forward to dedicating all his time to music and The Blondies. Reflecting on the road ahead he says: “I’m excited to finally have my time to be as productive as possible with music. It’s an amazing gift to be able to do what you love. I’m excited to get more music out there so people can hear it and feel it.”

"If this band have both talent and inspiration, there’s nothing stopping them from having as many hits as The Beatles themselves." – Lottie Stuart, Gigslutz

"Sometimes it’s the more simple songs that hold the most power. There’s nothing excessive about The Blondies’ ‘Just Another Evening’ but it induces the sort of emotion that leaves you speechless. "– Emily Branson, Mytacism Music

"Just Another Evening carries on the tradition of prep rock bands like The Kooks and The Strokes. Just Another Evening is a breakup record written and sung by a 17 year old. However, each track has far more careful introspection and reverent handling than an Alex Turner track, but with the same "youth in leather" chic." – Shannon Shumaker, The Prelude Press